What a fun day! As I mentioned before, we are doing team appreciation week, and since today is Kim’s birthday, it was also her appreciation day!

Now first, let me tell you, Kim has a weird obsession with America. She loves everything patriotic. So, one of our sponsors, Funkier, gave us these American flag jerseys, but rather than wear them on 4th of July we rocked them today for Kim!! We were all laughing hysterically when I put on the jersey because I have gotten so tan that I almost looked like a tourist trying to wear USA apparel.

Kim is hilarious. She decked out her bike with a giant red, white and blue star, and while we were riding she grabbed a flag off of a front lawn and rode with it FOR 60 MILES!! We had so much fun waving to people and shouting “‘Merica” as we rode. We definitely got a lot more attention wearing red, white, and blue than any day wearing our normal jerseys.

Today was also beautiful for the scenery. We got caught in the middle of a lightning and thunder storm, and had to take shelter. But for the hour before and after the storm the sky was so beautiful and it felt like we were riding into a perpetual sunset. (See pictures below).

We made it to Philadelphia! Kim’s family is from Philly, so it was so fitting to make it here on her birthday! Some highlights from the night:

Finally having an early morning to sit down and talk with a family. It’s so beautiful when a family allows you to share a morning with them. Kim’s family has been so generous, and yesterday when we pulled up they were wearing their Ride for Water shirts! SO cool! 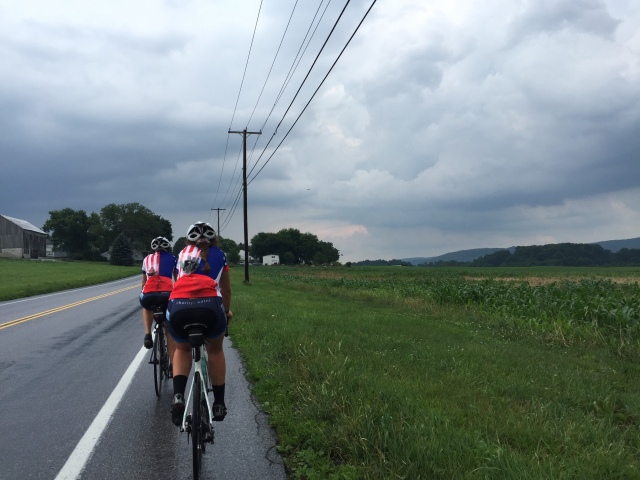 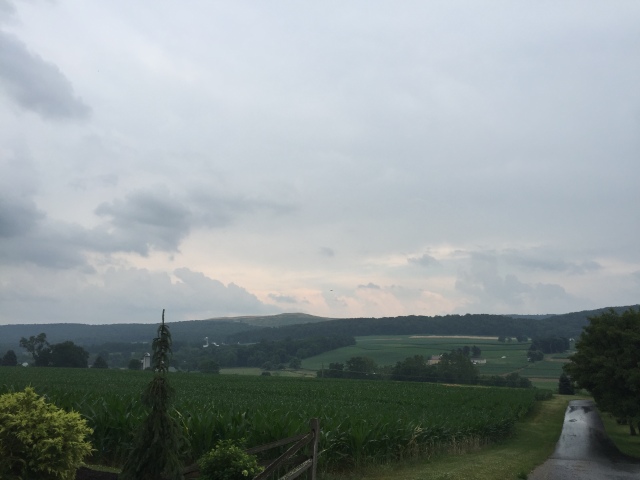 One thought on “Day 47: Birthdays and ‘Merica”

This is the fourth year the Ride for Water cycling team is sending a team of Azusa Pacific students on a ride across the country. To learn more about the mission and current and previous teams, as well as donate to our ride, check out rideforwater.com

So remember when I said 2 rest days… well the boys talked us into 3. No complaints on this end, however, because that meant more time in beautiful Chicagooooo! Below, I gave the highlights from each of our days. DAY 34: Our first night with the Petersen family woke up at the hotel & blogged […]

Day 25. Wow, I cannot believe we are at the halfway point. Thinking back to the start of this in Oregon seems like a dream. It is going by way too quickly! We began our ride from the hotel in Norfolk around 7:30am. We had a wonderful cloud covering for the first hour, even though it was still warm out. […]

September 30th, 2016 (The day our campaign closed) This past week, our team has been in contact with each other more and more due to the campaign closing today (and because we miss each other of course). SHOUT OUT TO SOPH…HAPPY BIRTHDAY LADY! So we have been blasting posts on social media for the last seven […]

Fall all over again.

Five years ago I wrote this piece about fall, the turning of seasons giving way to more beauty, and comparing it to losing pieces of my mama. It was the month after her Alzheimers diagnosis, and I’ve barely blogged since. There are piles of moments chronicled in my journals and my Notes app since then, […]